DANCING FLOWERS_solar energy from ARTS AND SOCIETY on Vimeo.

Alexandre Dang comes originally from a scientific background. Convinced of the need to raise awareness of the potential of environmental friendly technologies (eco-technologies) and sustainable development, he developed his artistic creation often incorporating solar energy as source into his kinetic art works. Through his work, he contributes educating the general public on the theme of climate change and the power of renewable energies in this context, which represent the major challenge for the future.
Though the sun provides 10,000 times more energy to the earth than humans need, more than 1.3 billion people still do not have access to electricity. The pressing need to address this issue is the driving force of Alexandre Dang’s artistic commitment, where he combines scientific approach, environmental concern and humanism.
He designs in particular: “Dancing Solar Flowers” and “Wind Flowers”. The flowers are set horizontally to form a “field” or vertically to form a “vertical garden”. Flowers embody by essence the beauty of nature. In his works, Alexandre Dang tries to give them a dimension which is poetic by breathing life into them using renewable sources of energy.
These flowers often trigger surprise, wonder, questioning… and thus bring the viewers to think about the underlying subjects which are addressed.
Apart from the esthetical aspect of his work, his creations also invite the spectator to question our current use of energy, and to think about the possibilities that renewable energy can offer. Indeed, his works reflect the instability of a world in constant turmoil, questioning, transformation… especially concerning sustainable energy, as energy is a major issue for the future of humanity.
Alexandre Dang has also developed a pedagogic aspect to his sustainable art, using it to educate young people about the potential of eco-friendly technologies with a focus on renewable energy. He has founded Solar Solidarity International (a non-profit international association) to raise awareness on the potential of renewable sources of energy and to support solar electrification of schools in developing countries.
The “Dancing Solar Flowers” have become an iconic work of the commitment of the artist. They have toured around the world and have been featured in sites including the Belgian and European Pavilion of World Expo Shanghai 2010, the Palais des Beaux Arts (Bozar – Center for fine Arts) in Brussels, the National Museum of Singapore, the Singapore Art Museum, the Museum of Contemporary Art of Taipei, the Central House of Artists (“The State Tretyakov Gallery at Krymsky Val”), the Musée de Plein Air du Sart -Tilman (Liège), the International Exhibitions of the United Nations on Climate Change (2008 Poznán, Copenhagen 2009, Cancún, 2010), the Royal Greenhouses of Laeken (Brussels), the Royal Palace of Brussels, the European Commission (Brussels), the European Parliament (Brussels, Luxembourg, Strasbourg), the Council of the European Union (Brussels) etc… 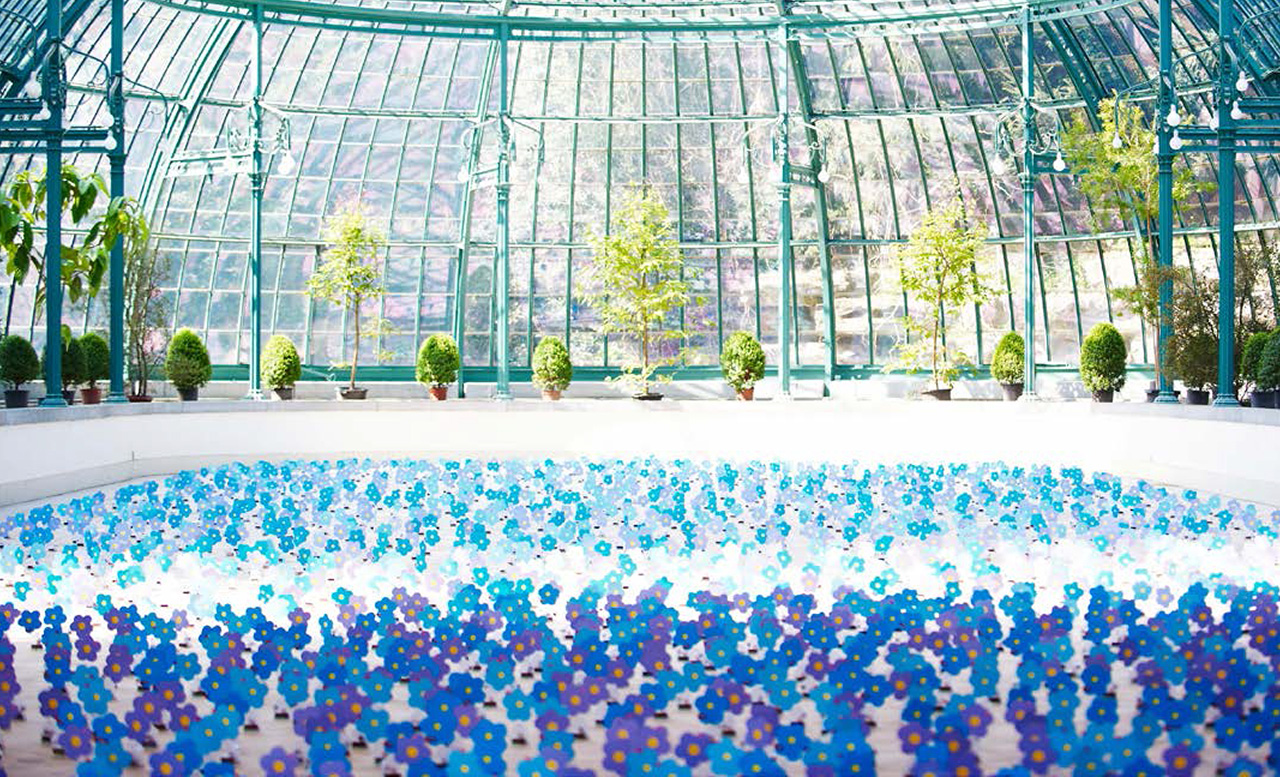 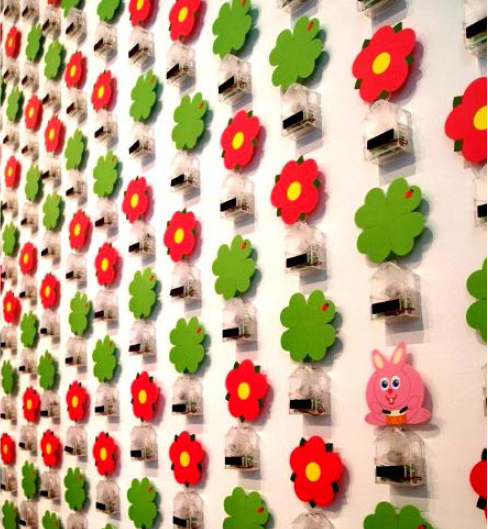 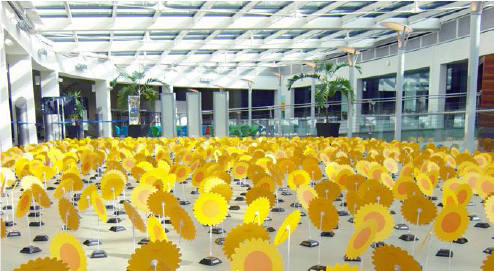